EdX, provider of massive open online courses, hosts an assortment of offerings on Chinese history. There’s The Study of Folklore from Peking University, a look at international politics from Seoul National University and a five-part series on everything from aristocratic culture to neo-Confucianism from Harvard University. One course, from China’s prestigious Tsinghua University, focuses specifically on Mao Zedong, his philosophies and role in China’s “socialist transformation.”

That course is raising eyebrows because, despite hours of video lectures and supplemental material in the course, students would still have to tab over to Wikipedia to learn about the millions who died as a result of Mao’s land reforms or that his economic initiatives led to what may have been the greatest famine in human history, which killed tens of millions. Introduction to Mao Zedong Thought references those events glancingly in passing as “mistakes,” and generally heaps praise on Mao and his philosophies.

“Mao Zedong was a great Marxist, a great proletarian revolutionary strategist and theorist,” intones Wuzhong Feng, associate professor of Marxist studies at Tsinghua University, in one of the course’s earlier video lectures. He speaks in Chinese as an English transcript scrolls past the video, and did not respond to email requests for comment on this article. “It is true that in Mao Zedong’s later years and especially during the Cultural Revolution he made serious mistakes, but if we judge his activities as a whole, his contributions to the Chinese revolution far outweighed his mistakes. His merits are primary and his mistakes secondary.”

“It’s propaganda,” said Maochun Yu, a professor of history at the United States Naval Academy. This course is “part of a larger campaign to export a way of Chinese governance …. China wants to be part of the world, but it doesn’t want to be part of a world where Western democracy and capitalism dominate.”

This isn’t the first time Chinese education initiatives with global ambition have attracted criticism. A series of international Chinese government-funded centers for language and cultural education called Confucius Institutes have come under fire, for example, by some who said they interfered with their host universities’ academic freedom and integrity (Yu called them “basically a ruse, a disguise to export a Chinese way of education”). Others say the alarm is overblown — the institutes operate mostly independent of the Chinese government, and they provide valuable language and culture education.

The New York Times first noted criticism of the edX course in an October article about how China was using online education to advance political goals. “It was like watching propaganda,” one student told the Times. “They just told you what they wanted you to know.”

Tsinghua and China aren’t alone in producing online educational content that may slant away from American scholarly consensus, but this isn’t a Tsinghua course for Tsinghua students. It is being promoted to American and other students through edX, a MOOC provider founded by Harvard and the Massachusetts Institute of Technology and associated with high-quality teaching and learning. This raises the question: Should a MOOC provider led by top American universities host a course so many believe to be obvious propaganda?

Those concerns take on new dimensions in the burgeoning and often controversial world of massive open online courses. Should providers be policing the content of their courses? Is it possible to pin down the moment a course moves from bias to propaganda to inaccuracy, and even if it is, should any of those be grounds for censorship?

For edX, the answer to that question is no. “We do not judge content itself,” said edX CEO Anant Agarwal. “If one of our university partners offers a course on edX and it is not offensive or illegal, we support academic freedom, and we will not censor the course.”

Rather, Agarwal said, the focus is on structural quality. “We have a MOOC development checklist, which is a rubric that we follow, and it has more to do with course quality. That the courses have objectives, rigorous assessment, and rich material.”

This course did not meet either the offensive or illegal bar, though it has stirred controversy among the students. “The student reviews have been interesting, shall we say,” Agarwal noted.

Indeed, all the student reviews give the course only one or half a star (“Will Tsinghua’s next course be a detailed study of how the earth is flat and Mein Kampf has great ideas? This course needs some disclaimers!”). But that’s not reason enough to remove a course, Agarwal said. “If some people do not like it, they are free to air their opinions.”

One (more reserved) student reviewer wrote, “For those who want a balanced approach to the teachings of Mao, this course is not it. It is a very selective reading of Mao’s and the [Chinese Communist Party’s] political thoughts …. This course could have been greatly enhanced if other professors with differing points of view were allowed to teach, but I’m sure to the CCP and Tsinghua this would run counter to their intentions.”

Stephen Downes, a program leader for the National Research Council Canada and a leading figure in digital education, said online courses often aren’t and certainly needn’t be objective. “There’s no such thing as a neutral course,” he said. And now, “courses that might have been offered behind closed doors are offered for everyone to see.”

Mao theory classes are required in most Chinese universities, and because this is online and free, it gives anyone with a computer a window into views most Chinese students are exposed to. “The existence of the perspective itself is valuable,” said Downes. “That it may be inaccurate misses the point.”

Nor is the course necessarily inaccurate in the first place. Peter Bol is vice provost for advances in learning at Harvard University, and he teaches a series of online courses for edX on Chinese history. It’s an interpretive course, Bol said. “It’s not about historical process of Mao Zedong thought as it evolved over time …. It’s Mao Zedong thought à la 2015, updated and retrofitted to make it fit the moment.”

“Calling it propaganda is not as interesting as saying, ‘Wow. What an amazing reinterpretation,’” Bol said. And even if that weren’t the case, “if one of the world’s leading universities is doing something way out there, they’re doing it, and it’s better that we know about it.” 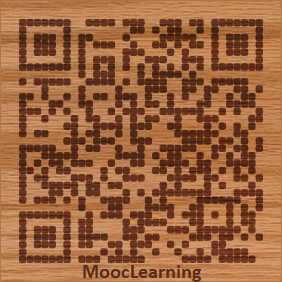